Great rates at the Iberostar on Park Avenue

Newark International Airport is located in New Jersey across the Hudson River from New York City. The airport has a railroad station that is served by New Jersey Transit and Amtrak train service. 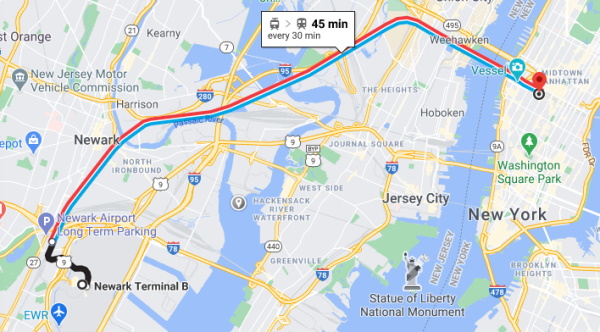 Go to Google Maps to input travel times when you will be in Newark Airport.

If you have too much luggage to use public transportation, we have private car and shuttle service here.

If you would like to avoid the extra $7.75 charge, There is New Jersey Transit bus service from EWR to Newark Penn Station where connections can be made to NJ Transit and Path trains to New York. More information is available on this page.

Highlights of things to do in New York.